A pirate's life for me....yes and no...I mean Johnny Depp made it look cool on Pirates but I'm pretty attached to indoor plumbing and good hygiene. So I guess I'll just have to live vicariously through my pirate costume and pretend it was the treacherous 7 seas of yonder. So I opted to use this pattern mainly because I liked it because of how realistic I liked it because of how realistic it looks but more so because it was a $1 and the fabric was also inexpensive as I bought it at my local swamp meet for a good bargain. Now I'm off to see how this work. See if I have any tips and tricks for this costume. 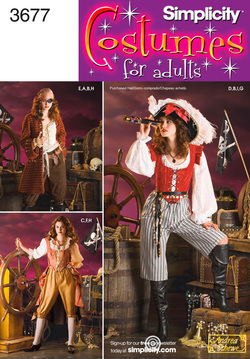 I've heard a lot of different tales about this pattern. Some love it while others hate it. I'm just keeping an open  mind about the whole thing and hopeful it turns out great. I take much pride and patience with my sewing crafts so I'm hoping this will turn out just like the picture. I decided to use taffeta for the entire costume. That way its breathable and not to heavy on the wearer. I opted also for bright colors and push away from the stripped black/white or red/white that you see so common in store bought costumes.

I've also added other pirate variations of this costume...I mean I'd recommend it over all but not that darn coat....argh!!!!!! 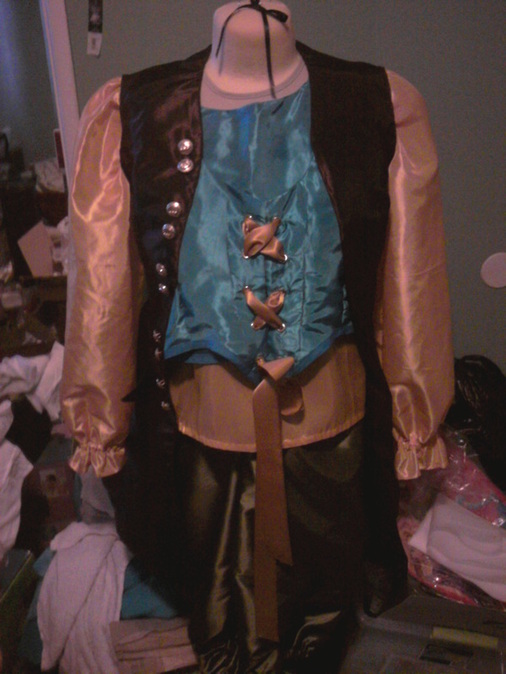 Pattern Description:
Alright its a normal pirate costume very realisticish if your thinking Disney's pirate which I did or more so inspired. It's a great wardrobe starter. The shirt although the sleeves are too poofy, the corset I had some adjustments, and the pants were great....oh that terrible coat. It's horrible but I tackled it nonetheless.
Pattern Sizing:
I tried to make this a size 6 there was some adjustment as my model is between a 4 and a 6.
Did it look like the photo/drawing on the pattern envelope once you were done sewing with it?
Yes everything looked like the picture. The pants were great I'll use them again to make pajama pants, the shirt wish it were longer but would make it again for a ren faire. The corset very cute I like to make in various color to compliment that shirt. The coat no it did not look like the picture.
Were the instructions easy to follow?
If you have basic sewing skills the shirt, corset, and pant are a breeze. The directions for the coat on the other hand I was confused to the point where I just did my own thing.
What did you particularly like or dislike about the pattern?
Everything was great, that coat would be the death of me if I didn't finish it and stopped tinkering with it.
Fabric Used:
I used taffeta because it breathes well and it was 2.50 a yard which was a bargain. I liked it so much it does give it vibrant colors and a subtle tone of texture.
Pattern alterations or any design changes you made:
The corset I guess I made it too small that I had to add about 2 inches to the side on each side to fit the model but it was great. I didn't like the coat sleeves so I omitted them. I think it looks better that way. I really wanted the colors to show which was another reason why I'm glad I didn't put them on.
Would you sew it again? Would you recommend it to others?
I would sew everything but the coat again. I'd make the shirt a bit longer maybe add a little elastic at the waist band to make wearable for normal wardrobe.
Conclusion:
I was inspired by Disney as colors are my thing. The more colorful the better that's what I liked. I'd totally sew everything again because it was a breeze no problems very self explanatory. I just wish the coat had better directions and I don't know less confusing. I mean I'm not the greatest seamstress but I'm not to shaby either. 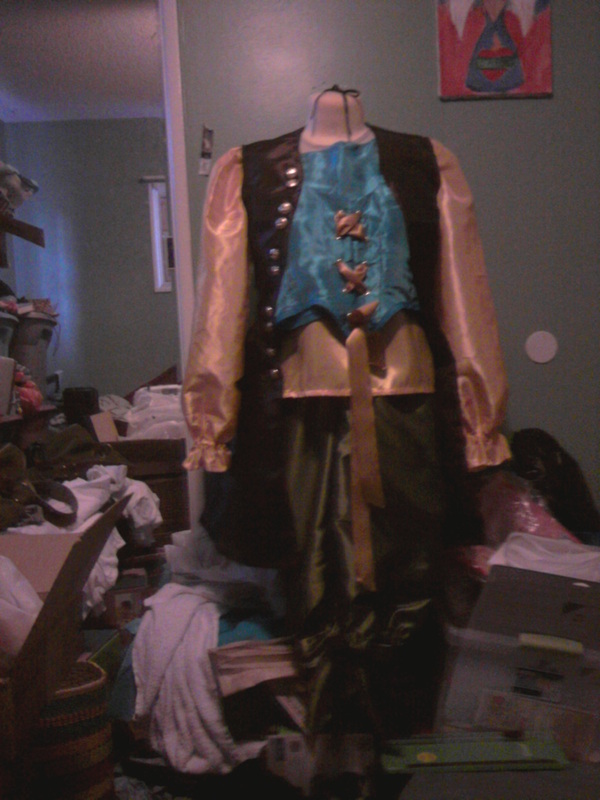 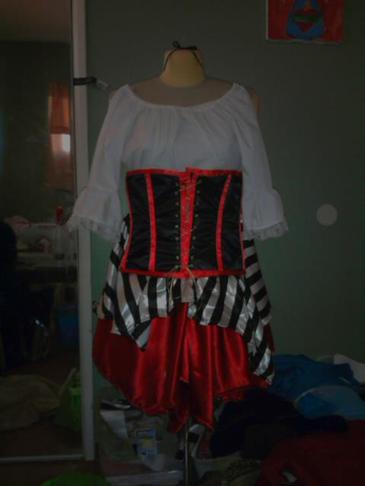 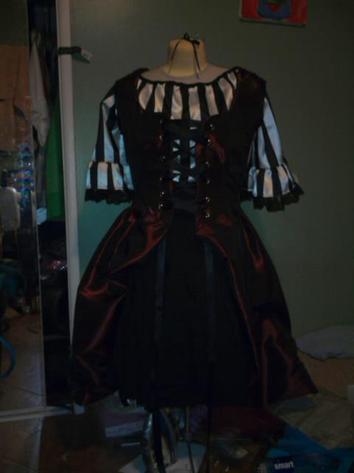